Irrational Games today announced that production of downloadable content has recently begun for BioShock Infinite and revealed details of the BioShock Infinite Season Pass. Three all-new add-on packs will provide hours of additional gameplay and continue the player’s journey in the sky-city of Columbia with new stories, characters, abilities and weapons.

Those who purchase the BioShock Infinite Season Pass will also receive the Early Bird Special Pack at no extra cost. This bonus pack contains four pieces of exclusive gear, a Machine Gun Damage Upgrade, a Pistol Damage Upgrade, a gold skin for both weapons and five Infusion bottles that allow players to increase their health, their shield durability or their ability to use Vigors by increasing the quantity of Salts they can carry.

The BioShock Infinite Season Pass will be available on March 26, 2013 when the game is planned to launch, and provide nearly $30.00 of add-on content for $19.99 (PlayStation®Network, Windows® PC) or 1,600 Microsoft Points (Xbox LIVE® online entertainment network) – a savings of more than 30%. The Season Pass will include all three add-on packs, and can be pre-ordered today through www.bioshockinfinite.com or at a participating retailer. 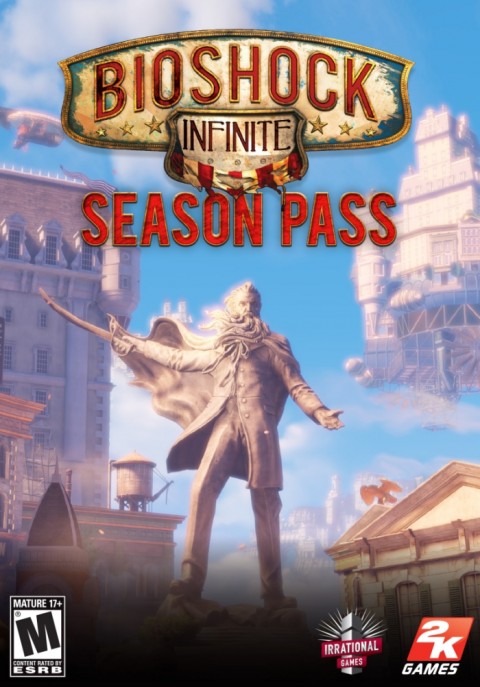