We Love Our Cosplayers So Much We Hired One!

Anna Moleva, who often goes by “Ormeli“, is a cosplayer from Moscow who has personified other video game characters before. But her uncanny portrayal of Elizabeth from BioShock Infinite really brought her to our attention.

We were so amazed by her dedication and her resemblance to Elizabeth that we decided to ask her if she’d like to be involved in helping bring Elizabeth to life in our box, our key art and our upcoming television ad. Well, Anna got back to us; along with some recent headshots that we used to align with Elizabeth’s character model and garnered some remarkable results. 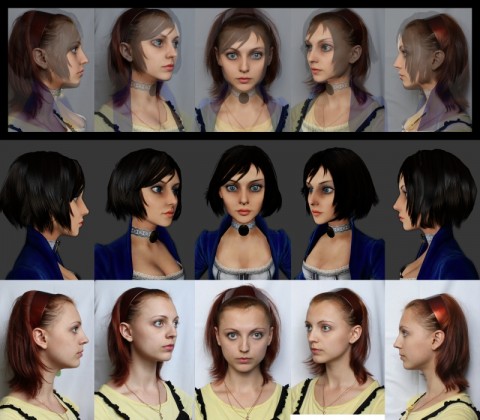 Today we are very pleased and delighted to announce that Anna is the official face of Elizabeth! We also hope to have her make special appearances at select events as well so keep a look out! 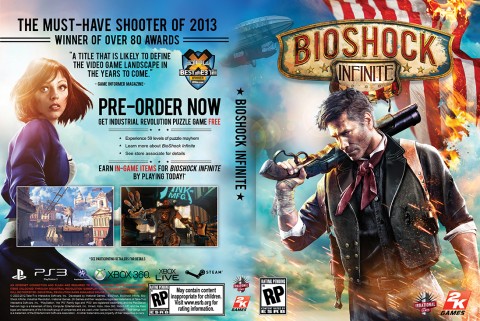 What got you into cosplay? Anime. I think that’s what all of us started with. I was a fan in my teenage years. Being a teenager means festivals, attributes, social life. I saw it and I wanted in.

Who is your favorite video game character? That’s a tough question that I can’t give just one answer for. It’s the same as asking “what is your favorite game?” I love Commander Shepard for one reason, the Cheshire Cat for another, and Horus for yet another. The bottom line is that the character needs to be three-dimensional, giving me room for thinking and self-development. Just like the game itself needs to be.

What was your first costume? It was Yoruichi, from the Bleach anime series, about 6 or 7 years ago. As far as video game cosplay goes, I started with Elika from Prince of Persia 2008 and never went back to anime after that.

Tell us your favorite cosplay story. I have a whole bunch of stories, since cosplay is such a fun activity. Here’s just one: Late October, 7 AM, in the center of Moscow. It’s a weekday morning, there’s some snow lightly falling, and people are hurrying into work. I arrive for a cosplay shooting of McGee’s Alice. Now imagine people’s reaction: a car pulls up. A pale skinny girl in a thin blue dress gets out (remember, its -5°C and snowing outside), holding a huge knife in her hands. She looks around with a crazy look on her face (since I was running late for the shooting) and dives into a dark alley. Within 30 seconds, all the passers-by had vanished from the street

How long did your cosplay of Elizabeth take to make? I didn’t rush it, so it took me about a month or two. If I put together the actual time that I worked on it, it would probably be a week or so.

What was the most difficult part of making the costume? Deciding on the image 😀 The thing is that I first saw Liz as she appeared initially: a different hairdo, a different costume. Then game developers changed the way she looked. I put away the fabrics I had selected and was like, “Okay, no problem.” I started planning another costume, when they changed her appearance again! I remember pacing around my apartment, furious: “Dear developers! How can one cosplay a character whose appearance is constantly changing?!” 😀

How long did it take you to do those incredible Elizabeth photos? Precisely thirty minutes 😀 The thing is, the photos weren’t intended for public viewing. I was making the costume for our annual computer game exhibition, and those first photos were made just to show the costume and to apply to the exhibition. But when I saw the results I couldn’t help posting them for everyone to see. Immediately I was bombarded with requests to post more photos, but I didn’t have any more! I had to re-shoot the costume a week later. That’s how the next set of photos, imitating the frames from the gameplay video, was made. I never made it to that exhibition, by the way.

Why did you choose to cosplay as Elizabeth? I had no other choice! 😀 As soon as I saw her, I knew I HAD to do it! I love the first two parts of BioShock, so ever since Infinite was announced I followed the promotion campaign. Then when Liz’s appearance was finalized – and I saw what I think is a remarkable resemblance between us – I as a cosplayer couldn’t just ignore it. It was really hard, because cosplay isn’t just about recreating the appearance. It’s about acting, portraying the character as a whole. At the moment, we knew very little – almost nothing – about her as a character (in fact, we don’t know much now, either). So I’m really glad that everything worked out for me.

Plenty more exciting updates coming soon! Make sure you don’t miss a thing by following us on Twitter or Facebook.